Natural pearls are formed when an irritant enters some species of clams, oysters, or mussels. The seashell would then secrete a fluid on the irritant as a form of self-defense. As time passes by and more of this fluid is secreted, a pearl would develop.

Pearls are one of the most classic gems. They symbolize wealth, integrity, loyalty, and sometimes even fertility in brides in some cultures in Asia. These precious gems are also symbols of wisdom and are best known for their calming effect.

Although there are tons of synthetic pearls that are created in laboratory settings for mass production, natural freshwater and saltwater pearls are rather rare. It is what makes these natural pearls more expensive.

If you want to know more about different types of pearls, here they are:

Saltwater and freshwater pearls are the two types of pearls available.

Freshwater pearls are grown or discovered in freshwater mussels in ponds, creeks, rivers, and lakes. The shape of these pearls is typically irregular, but they can also be round. People can also find freshwater pearls in a variety of colors.

Cultured or natural pearls are available in both categories, and both contain a variety of other pearls. 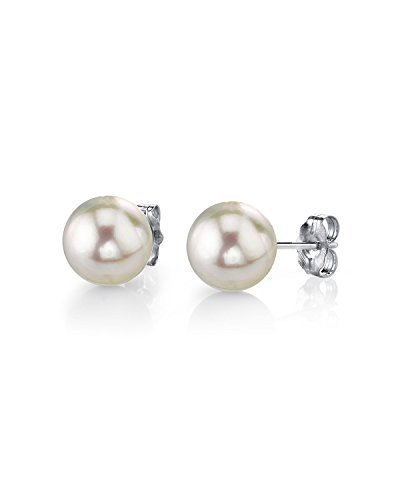 The most common kind of pearl is the Akoya pearl (Pinctada fucata martensii), which is found in the Akoya oyster. The most frequent shape of these pearls is a round shape.

The majority of these pearls are cultivated, and natural hues like yellow, light pink, and white are available. The majority of Akoya pearls are developed in Japan, and they are bigger than 7mm, while smaller ones are cultured in other countries such as Hong Kong, Korea, Sri Lanka, and China. 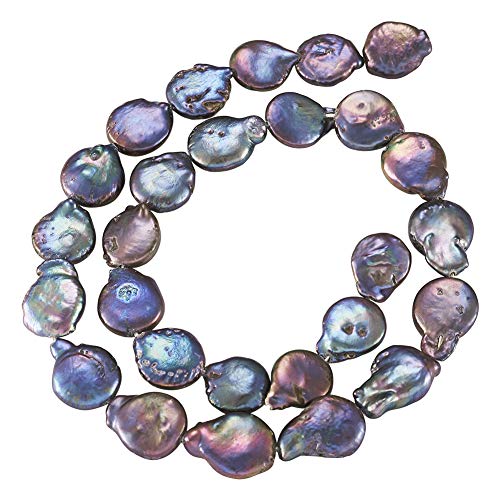 The abductor muscle or soft tissue of a pearl-bearing cultured mollusk is where a Keshi pearl develops naturally. 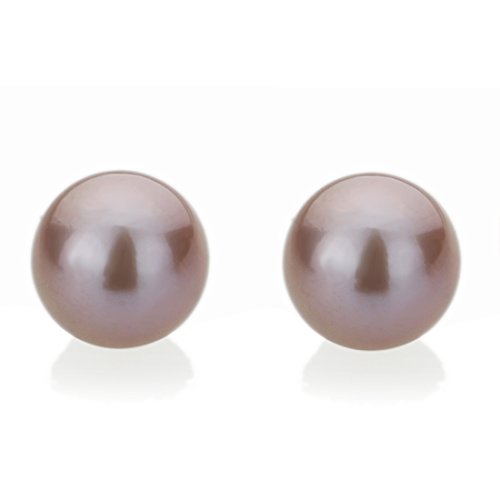 Kasumiga pearls are cultivated in Lake Kasumiga, which is situated north of Tokyo.

Kasumiga pearls are the brand name for these pearls, although they’re also known as Kasumi. Hyriopsis schlegelii X Hyriopsis cumingii is the hybrid mussel that produces them.

During the 1990s, these pearls were first brought to the market, although only in limited numbers. Pink, purple, gold, and white pearls are among the options. Kasumiga pearls, which range in size from 11 to 16 mm, are called large-sized pearls.

Furthermore, the phrase “black pearls” applies to both natural black colored pearls and pearls that have been dyed black, as well as any other dark pearl hue.

In the Persian Gulf, Pearl hunters may find a Basra pearl in the Pinctada radiata oyster. 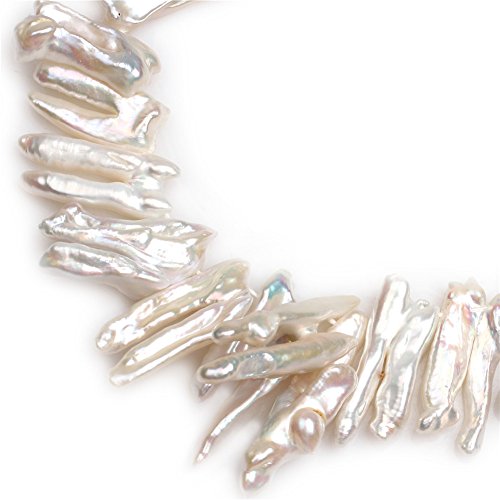 Lake Biwa is known for its Biwa pearls (the largest lake in Japan). Freshwater pearls are those grown in a lake.

Despite the fact that this lake was formerly the world’s largest pearl producer, it is currently too contaminated to do so. They still have a high-quality reputation, which is why some dealers use the name “Biwa” to sell imitation pearls to inexperienced customers.

Abalone (a kind of snail) pearls are often blue.

Pearls, on the other hand, were only discovered in abalone seldom until 1989. It’s very unlikely that you’ll come across one of these abalone pearls. Off the coasts of Oregon, Mexico, Alaska, California, South Africa, New Zealand, Australia, Korea, and Japan, you may find these snails in large numbers.

Although blue is the most common color for these pearls, they are also available in a variety of other hues. Green, pink, purple, silver, and cream white are just a few colors available.

Natural abalone pearls are fashioned like baroque pearls and are used to make high-end jewelry.

Instead of mother of pearl beads, these pearls are created by inserting elongated or flat plastic discs. 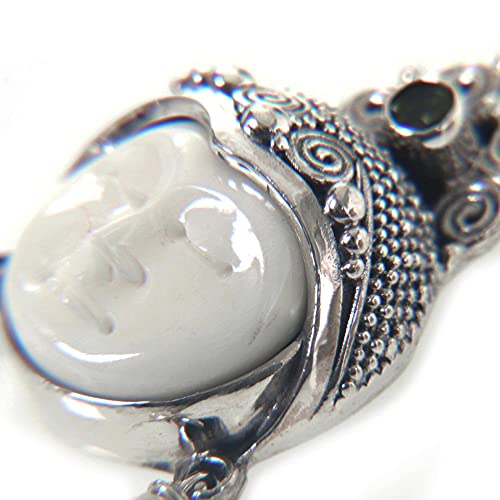 The popularity of pearl carving is growing. To add a degree of refinement and worth, people have meaningful things engraved on pearls. The greatest thing about cutting a pearl is that the underlying color of the pearl is exposed when it is carved. 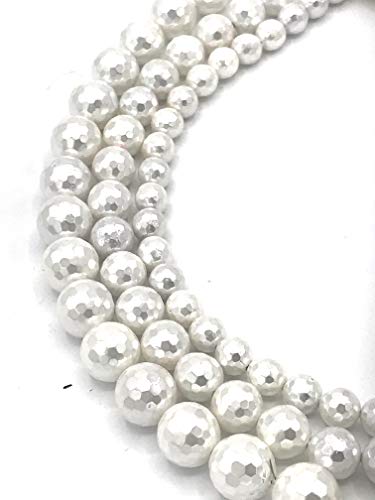 A faceted pearl has many parts on its surface, comparable to a diamond’s surface. The pearl has a glistening, dramatic appearance as a result of this faceting. 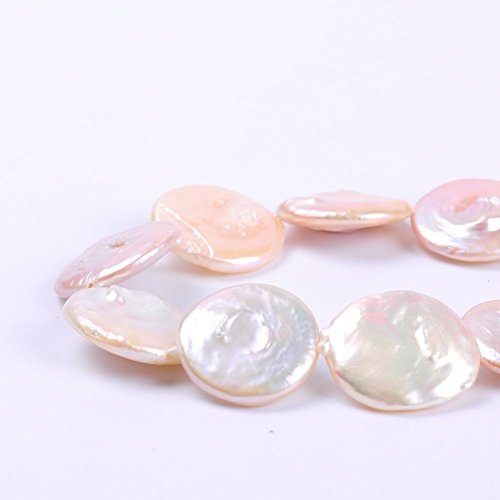 These pearls have been shaped into a coin form.

Coin pearls are popular among the younger generation because they are fashionable. Rectangle, square, stick, and diamond are some more popular forms of cultivated pearls.

A blister pearl is one that is lodged in the mother of pearl shells and appears like a blister.

Because there is no nacre in this pearl, it may be taken out and placed without showing. This pearl has the advantage of being able to be cultivated in a variety of forms, such as a teardrop, heart, or square. All that is required is the gluing of a formed piece of plastic within the shell.

The blue mussel mollusk, which lives in seawater, produces pearls.

Button Pearls are spherical pearls with a flattened surface, similar to a button. Clam and cassis pearls are two of the most frequent.

Drilling holes within the pearl and inserting jewels are how gem-studded pearls are made. This enhances the pearl’s inherent beauty while also removing any imperfections on the surface. Pearls are sometimes combined with other jewels to create stunning jewelry.

Conch pearls are very uncommon, with just one in 10,000 conchs yielding a pearl.

The average retail price per carat is $500, although higher-quality pearls may easily exceed $2,000 per carat.

A conch is a large marine snail found across the Caribbean. Although pink is the most common hue, brown and white conch pearls are also available. 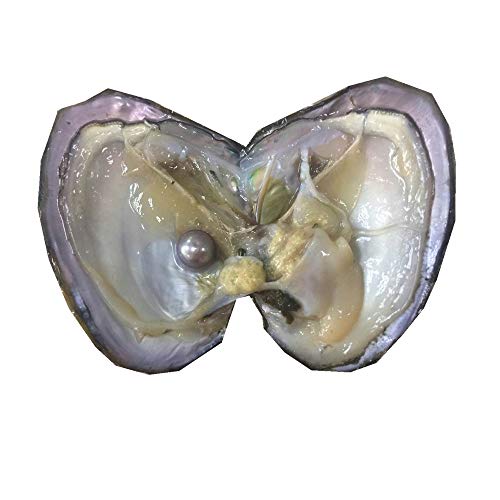 By combining drilled mother of pearl beads with a little piece of donor mantle tissue within the mussel’s body, Jewelers may create Edison and Ikecho pearls (also known as pearl experiments) is. With this pearl experiment, you may create two pearls at once.

Spherical mother of pearl beads are placed within the pearl sack of a mussel’s mantle, creating a fireball and flaming pearl. From the previous harvest, this pearl bag should be present within the mussel.

More than 20 pearls may be made at a time using this method. 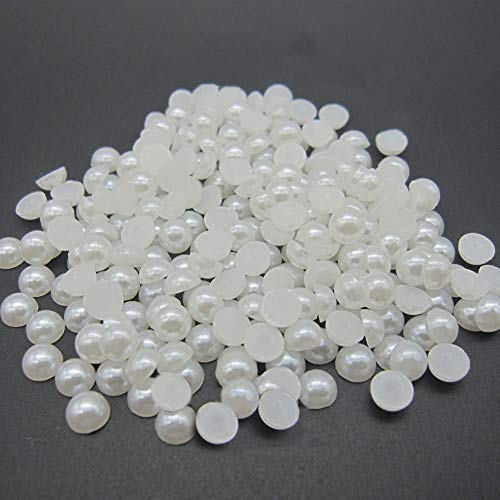 These are the pearls that have had one side of their surface sliced away to eliminate any existing imperfections. Half pearls are often mounted to resemble whole pearls. A three-quarter pearl is one in which a tiny portion of the pearl has been cut away, and when mounted, it seems to be a complete pearl.

The Edison and Ikecho pearls are made similarly. Two pearls may be made at the exact moment. 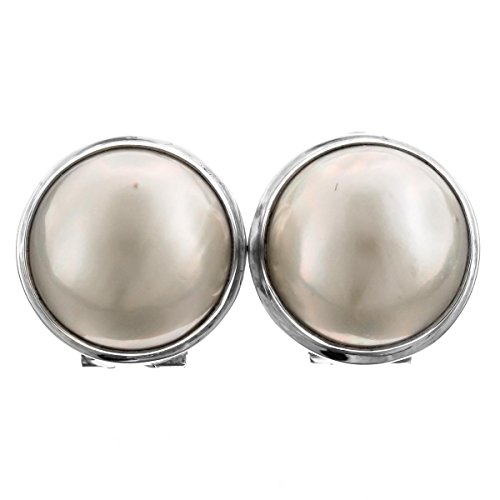 Blister pearls are known as mabe pearls after they have been prepared and mounted on jewelry.

The soapstone and plastic are removed. Once they are removed from the shell, the back is filled with wax or paste, and then followed by a mother of pearl backing. Because mounted mabe pearls resemble blisters or half pearls, the terms are frequently interchanged. 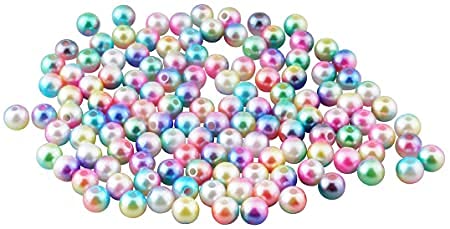 Rainbow pearls are defined as pearls with three or more color variations.

Western winged (or rainbow-lipped) pearl oysters (Pteria sterna) are native to the Pacific Coast, California, Peru, and Mexico, and they produce these pearls.

These pearls can range in size from 20 carats and cost between $100 and $2000 per carat when they are grown. They have a diameter of 7 mm to 12 mm and are less expensive than natural rainbow pearls because they are cultured (sometimes).

Melo pearls are a rare type of pearl that grows inside melon shells, boat shells, or bailer shells found in Malaysia, the South China Sea, or Singapore.

These pearls are typically quite large, weighing 200 carats on average. They come in a variety of colors, including yellow, brown, and orange, and feature a wavy pattern.

A quahog pearl is a dark-colored pearl found in hard clams, also known as cherrystone clams, quahaug clams, round clams, and littleneck clams. This edible bivalve mollusk can be found along North American shores.

Because quahog pearls are among the rarest of pearls, they can be quite costly. 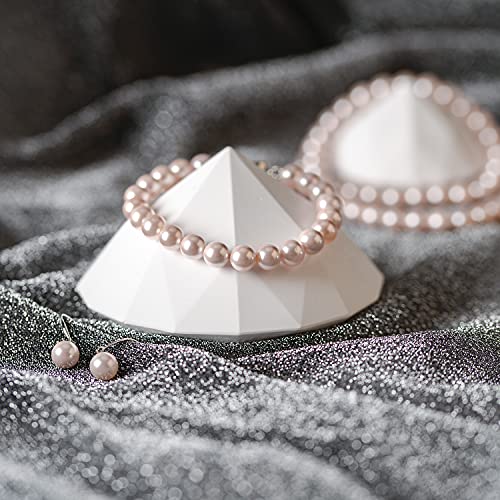 Rosebud pearls feature tiny ridges on their surfaces that give them a rosebud appearance. Because the bumps on the exterior resemble those on a strawberry, they’re sometimes called strawberry pearls. 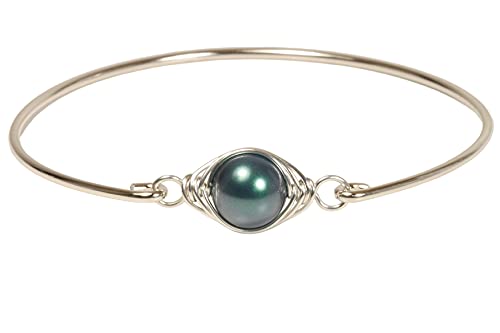 Tahiti has some very stringent export restrictions when it comes to cultivated pearls. This is because they only want to offer top-quality Tahitian pearls. A black lip oyster produces a genuine Tahitian pearl with a stunning deep black hue. One of the reasons they are so costly and uncommon is because of this. 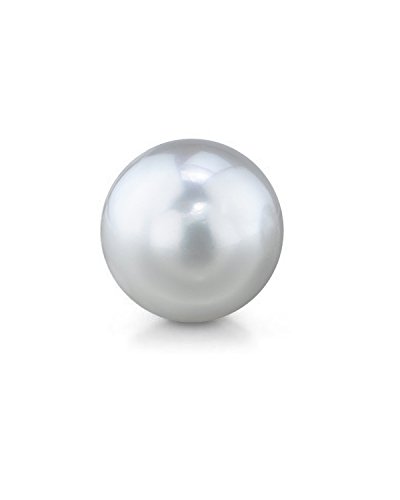 Large yellow or white pearls from the Pinctada maxima oyster are known as South Sea pearls. This oyster, sometimes known as a yellow lip oyster or silver lip oyster, is indigenous to the South Seas. In the saline seas of Indonesia, the Philippines, French Polynesia, and Australia, a few South Sea pearls have been discovered. The size of these pearls may range from 9 to 19 mm.

The Most Influential Factors Affecting the Price of a Single Pearl

The costs of pearls are entirely determined by online merchants’ or individual shop owners’ pricing methods. The value of a pearl, however, is affected by a few major variables. As a result, it’s critical to be aware of these variables in order to avoid overpaying for a pearl.

Keep in mind that a combination of variables determines a pearl’s value. Make sure you consider all of the variables when determining the value of a pearl before making a decision that may be incorrect. 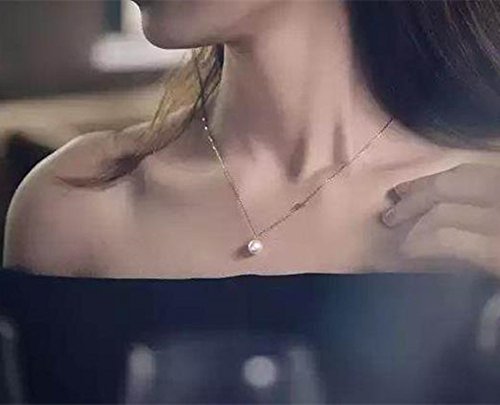 If you’re purchasing a pearl online, make sure you contact the store and ask about the luster.

The shine or mirror-like appearance seen on the surface of a pearl is known as its luster. The lustrousness of a pearl increases as its quality improves. The brilliance enhances the pearl’s appeal, making it difficult to look away. It will be more expensive if a pearl has a high luster value.

When it comes to the cost of each gem, the size of the pearl is very significant. Older ladies used to wear bigger pearls.

However, nowadays, all ladies collect large-sized pearls, while younger girls wear small-sized pearls. Before spending a lot on a pearl, make sure you verify its size. 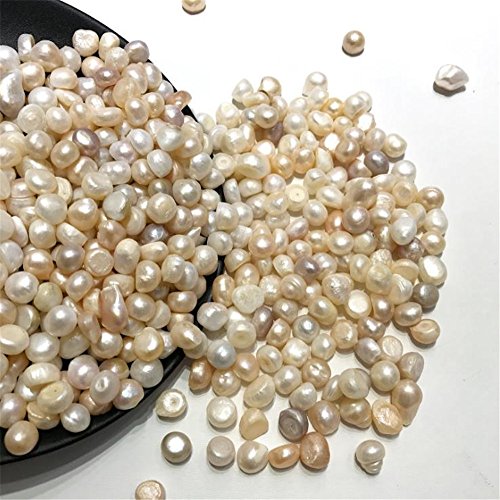 Natural pearls come in a variety of sizes and forms, but if a pearl is spherical – as it should be – it is likely to be more expensive. Round pearls are exceptionally uncommon since it is almost difficult for an oyster to produce them.

These spherical pearls do, however, occur on occasion, and they are more expensive.

Because they are all created by living creatures, no natural pearl will have a flawless surface. The pearl will be more costly and valuable if there are fewer nicks, fractures, defects, or other faults on the surface than one with apparent flaws.

Pearls are without a doubt the ideal gems that can easily add elegance and class to anyone’s appearance, particularly those who know how to wear them. There’s something for everyone, from the many varieties to the various sizes of pearls available. Make sure you do your homework before purchasing a pearl for yourself or a loved one.

Choose the kind of pearl you want them to wear according to their fashion sense and personality. Make sure you take care of your pearl (or pearls) even after you have them. You can ensure that your pearl remains gleaming and precious at all times by following a few pearl maintenance methods.

Aside from baseball caps, bucket hats are the only type of hats I can wear….

I love the way my skin feels smooth after waxing or shaving, or when my…

Confession time. I spend way too much time in the shampoo aisle, and you know…

Get to know the various styles, materials, and features of hoodies so that you can…

Out of all the types of footwear, I haven’t had much experience with clogs. I…

If you live in a rainy place as I do, raincoats are a part of…