A pair of earrings can instantly elevate your look. You can play around with it and get pairs that express your personality. There are fun novelty earrings, but there are also glamorous pieces for formal events.

Aside from earrings, ear piercings are also a great way to enhance your look. And with that, here are the different types of ear piercings and earrings you should know about: 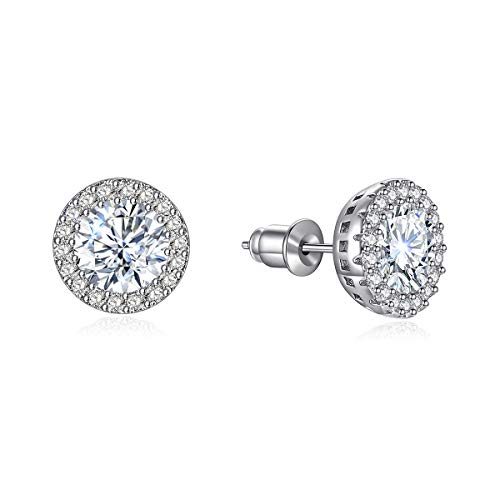 Stud earrings are timeless and fashionable earrings that may be found in a variety of forms, sizes, and styles. The stud does not hang down like other earrings, so it’s rather unique. Studs, on the other hand, hug the earlobe and are usually placed exactly there. Studs are often regarded as “floating” on the earlobe since the connection is hidden. The diamond, or whichever outward-facing gem, conceals the pin that sticks through the ear. The earring is held on the rear of the ear by a detachable back or clutch. 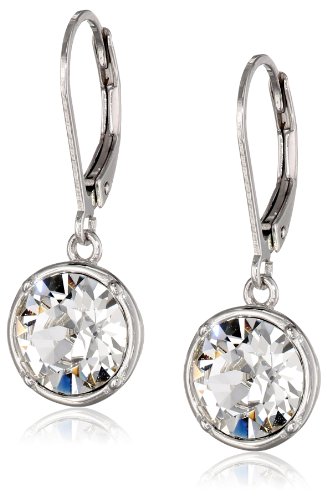 Drop earrings are similar to dangle earrings, however, drop earrings are usually fixed, while dangles may swing freely. Dangles are available in a variety of lengths, and the farther they are from the ear, the larger they may be. The dangling part of the earring can be pretty much anything, giving you a lot of freedom to create some intricate and interesting designs. There are numerous creations available. 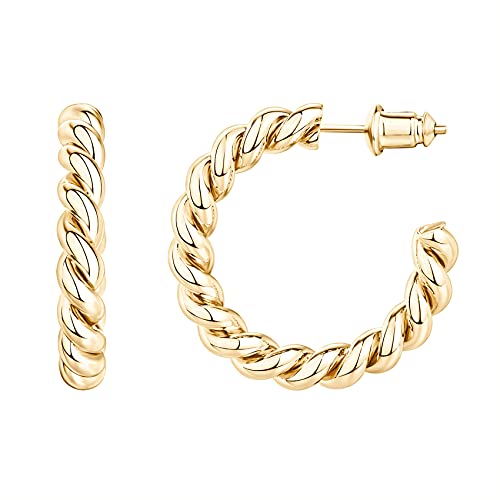 Another popular earring style is hoops, which come in a variety of shapes and different sizes. Hoops are traditionally circular, however, as their popularity has expanded, you’ll find squares, ovals, and triangles in addition to the traditional circular form. Hoop earrings, regardless of shape, have a small wire piece that passes through the ear and connects to the other end of the hoop on the backside of the ear, completing the circle. 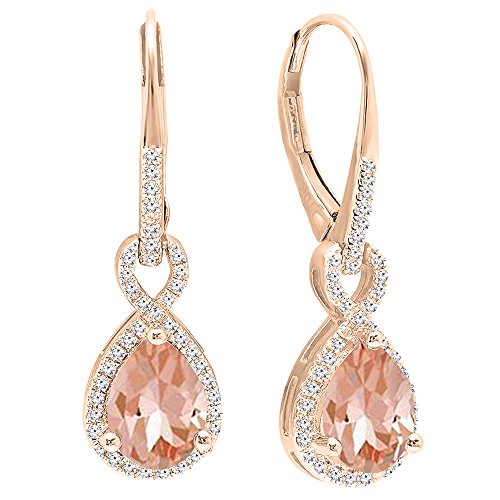 A teardrop earring is a certain type of drop earring that has a teardrop shape. They pass through the earlobe and hang down slightly, attached to a teardrop-shaped stone or another decorative piece. 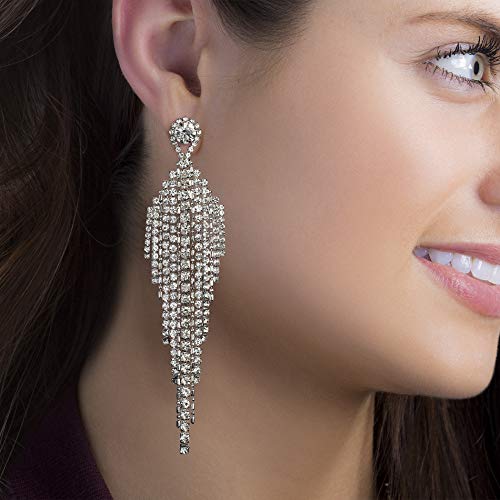 Chandelier earrings get their name from their shape, which resembles that of a chandelier, but they can also dangle. They are attached to the earlobe and hang down, with multiple levels of decorations. They may form a teardrop shape, but each piece has multiple dangling pieces. They are prized for their opulent appearance, which is often embellished with numerous jewels and embellishments. 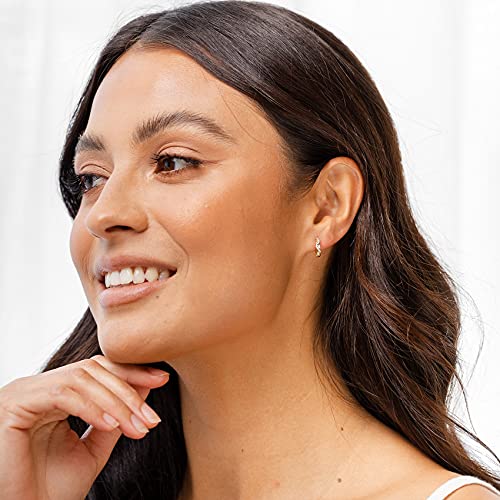 One kind of hoop earrings is known as a huggy. It’s named because it hugs the earlobe instead of looping it down and around it. They have the same circular shape as a traditional hoop but are smaller and thicker. They resemble a ring on your finger in many respects, but they feature a little wire piece or clip connecting one end to the other. 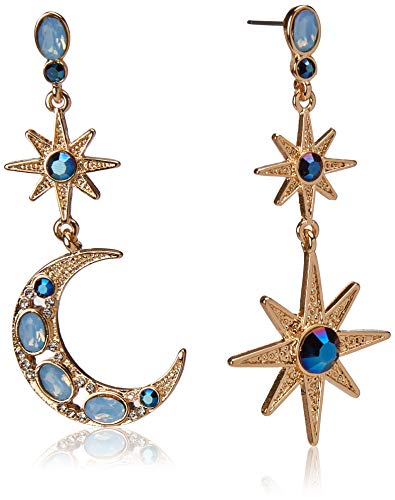 Drop earrings are essentially a longer stud earring with additional design, jewelry, and form options. Drop earrings are those that connect at the earlobe but hang down or drop below your ear rather than resting against it. Hoops, single pieces of jewelry, or a series of vertically hanging pieces can all be used as drop earrings. Some are short and hang below your ear, and there are also others that are longer and hang much lower. 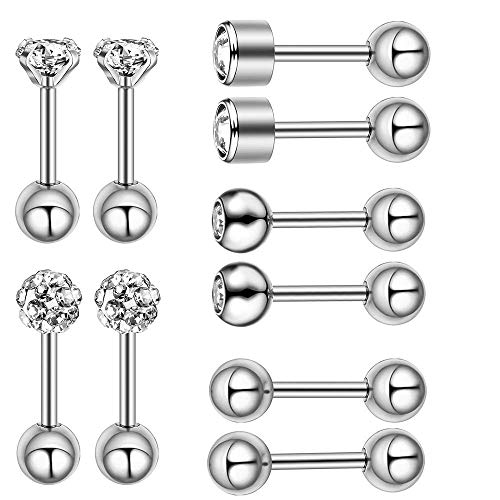 A metal rod joins two little steel balls in barbell earrings, which are designed like free weights. These “balls” are frequently shaped like something to appeal to a variety of styles. They might be skulls or stars depending on the situation. Although barbell earrings are rigid and straight, they can be worn at nearly any two points on the ear. They’re typically worn at the top, but they can also be worn on the side.

The term “Bajoran” originated from Star Trek, where the Bajoran earring was a style of earring worn by a humanoid race. The earrings were a sign of faith in the series and were worn on the right ear. A family sign was also engraved on each person’s earring.

In real life, however, the rules aren’t always followed, and you can find Bajoran earrings with or without symbolism. They usually have two points of connection, one at the earlobe and the other at the top of the year, which are linked by a chain. Some chains are only long enough to connect, while others hang down. There may be more than one chain at times. 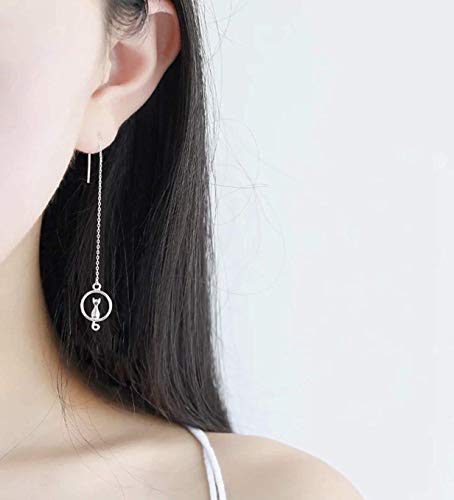 A threader earring resembles a piece of string that is threaded through your earlobe and dangles on both sides. Sometimes that’s all there is, but other times a stone or another decorative piece may be dangling from one end. 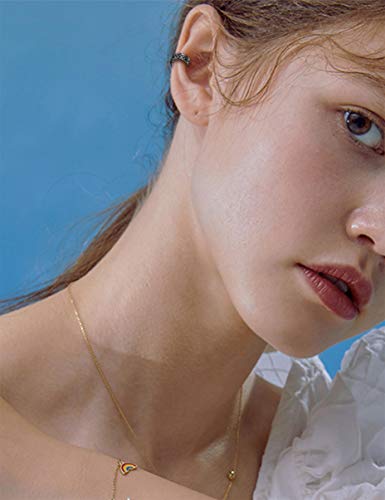 An ear cuff is an earring that runs around the ear’s outer curve. They can travel along the top curve of the ear, down to the earlobe, or all the way down the length of the ear. Multiple connection points are common, but other variations include a series of evenly spaced earrings along the ear curve.

A cluster earring is a kind of ornamental earring that is made up of numerous distinct gemstones or beads arranged in a “cluster.” They may be studs or hang from the person’s earlobe. 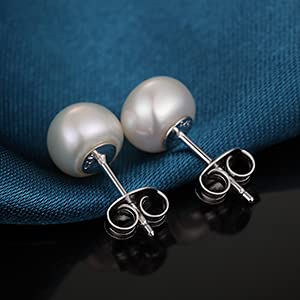 The push back is a typical backing style, which is commonly found on stud earrings. It’s often a small piece, and it comes with a tiny hole that attaches to the earring’s post. The curved form has earned it the nickname “butterfly backing.” Because of the way they function, they’re also known as friction backings. A push back doesn’t have a latch or clamp. Instead, you simply press down on the piece, and the friction keeps the backing from sliding away. 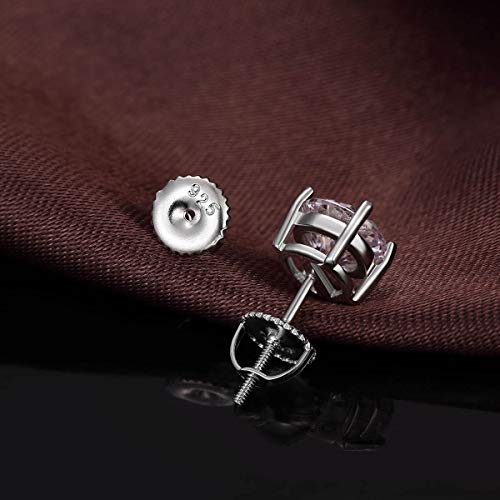 Push-backs and screw-backs are rather identical. They’re similar in form, but instead of being pushed on, they’re screwed on, making the earring much more secure. Plus, they are less prone to come off. The screw back’s only disadvantage is that it takes longer to install. 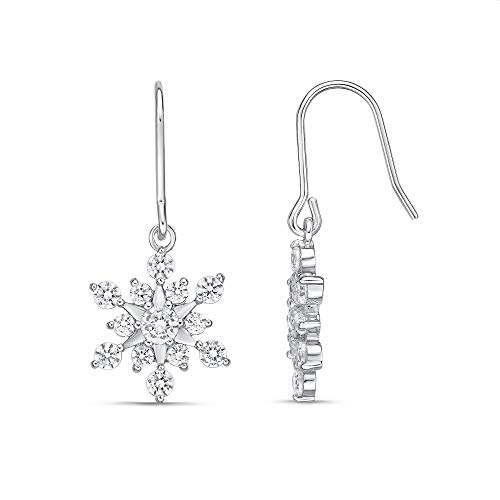 The fish hook is just one of the many ways that different earrings attach to your ear. The name “fish hook” comes from the fact that it looks like a real fish hook. It’s a small, thin metal piece that wraps around the ear and hooks on.

Because the fish hook has no backing, it differs from other back types. This earring hooks through the ear and is attached to a stone or decorative piece. Its shape keeps the earring in place and eliminates the need for additional clamps. 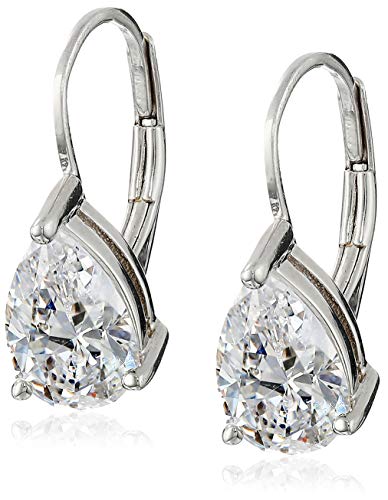 As they slide through your ear, levers are more akin to a fish hook, and their shape almost keeps the earring in place. The lever backing, however, creates a full loop for added security, and the lever closes after being placed in the ear, ensuring that the thing does not fall out. 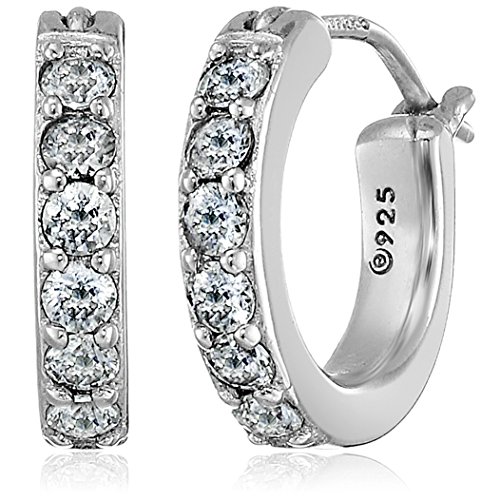 Hoop earrings and huggies are the most common items with latch backs, which work with a hinge that opens and closes. The clasp will open to let you insert the post into your ear, and after it’s in, just shut it.

The earlobe piercing is one of the most common and least painful ear piercings. While some earlobe-based piercings are as complex and intricate as a small, round stone, others are as simple as stud earrings, hoops, dangles, drops, and most others.

The earlobe refers to the bottom-most part of the ear, but piercings in the upper lobe are slightly higher. The upper lobe piercing isn’t a huge change, but it’s noticeable enough, and you can wear studs or rings with it.

Barbell earrings and barbell variations are most commonly found in industrial piercings. A horizontal wire or piece of metal connects the two holes in the upper ear cartilage. You’re limited in terms of jewelry, but even barbell earrings are available in a variety of styles.

Your ear is pierced three times at regular intervals in the forward helix piercing. Three graduated rings or studs are inserted into the holes on the upper ear closest to the head. These can take a long time to heal, but if you clean them properly, you can keep inflammation at bay.

The helix piercing is an upper ear piercing that is often described as being slightly more painful than others due to its location on the ear’s cartilage. Bead rings and studs are the most common types of jewelry, but they’re all small.

The transverse lobe piercing uses barbell earrings and is a variation of the traditional lobe piercing. The barbell passes through two holes at the bottom of the earlobe, which are pierced horizontally. Earlobe piercings are generally low-maintenance, but the transverse piercing may necessitate a little more care to avoid infection.

The rook piercing is a highly technical and skillful piercing. Two different cartilage perforations can be found in a finished rook piercing. The two piercings are placed where the cartilage folds at the top of the inner ear. It’s a unique piercing, but it can cause inflammation if done incorrectly.

The conch piercing is a perforation of the inner cartilage in the middle of the ear, almost directly in the middle. Earring studs are the most common type.

Having an indoor hot tub is an amazing experience, especially in the winter when you…

My wardrobe may not be the biggest in the world, but I do have a…

Jewelry can easily change the way we look. It can turn a simple dress into…

There’s no better addition to a backyard than a hot tub. Unfortunately, brand-new hot tubs…

There are many massage techniques, each distinguished by the parts of the body they focus…