Fedora hats are one of the most common hat types, and it’s something tourists would most likely get during vacations–that’s what at least I did one time. Then again, I’m not a hat person, so the fedora hat was given away. But it was comfortable and stylish when I had it.

Among all hats, there are several others that are similar to it, and one of these is the Tyrolean hat. However, despite some similarities, there are definitely huge differences.

Here’s how a fedora hat and Tyrolean hat differs from each other:

The Alps are the highest mountain range in Europe. Austria’s Tyrol is one of the most beautiful regions in the country. Snow-capped peaks. Goats from the mountains Skis and snow The terms ‘Alpine’ and ‘Tyrolean’ conjure up all of these pictures in our minds.

A tight beanie or the cover of a ski jacket would seem to be the most fitting headgear for these distant, cold environs. However, a typical Tyrolean hat (also known as an Alpine hat) would be neither tight nor covering, but rather perch on top of the head.

So, why is this cap so famous in some of the colder climates?

In the Tyrolean Alps, a Tyrolean hat is regarded as a hunting hat. The hat seems to sit on the top of the head rather than covering much of it.

The hats, it seemed, provided some weather protection. They do, however, have a ceremonial purpose, particularly when ornately ornamented with goat hair as well as feathers.

These hats were formerly only worn when people went trekking or hunting, but they have now become a major tourist attraction in Austria.

How can you recognize a Tyrolean hat?

An Alpine/Tyrolean hat is a spherical hat with a varying-size crown that sits high on the head. The brim is 2 inches (5 cm) broad and runs evenly.

It is normally dark green and made of felt. The rear of the crown is dramatically pulled up, almost three-quarters of the length around the hat; the front is severely turned down, covering just the front quarter of the hat.

The crown is 4-5 inches (11cm) tall and indented on both sides, giving it a somewhat pointed top.

A ring of twisted rope or something similar is wrapped around these caps. One ring may have two or three bands, which are typically used to hold feathers or goat’s hair.

This traditional hat looks a lot like the more well-known Trilby hat, although it’s usually made of straw rather than felt.

Fedora Hat: What Is It?

Prohibition and gangsters From classic 1950s films, private detectives. Heroes of valor. Dress formally. That is what the fedora hat conjures up in our minds.

A Fedora is a hat with a crimped crown and a circular brim. It is generally made of felt. For almost a century, it has been a favorite. The hat has a functional purpose in that it shields the wearer’s head from the elements. The brim of the hat is significantly wider than usual, which may provide some sun protection.

The Fedora, on the other hand, has long been a fashion statement in its own right.

How do you recognize a Fedora?

A Fedora has a circular brim that is generally 2-3 inches (5-7 cm) broad and is constructed of soft felt. The size of the crown may range from 21 to 24 inches in circumference (54 to 63cm).

The brim is normally slightly elevated in the rear and softly slanted down in front. The top of the crown is pushed in, with a straight back and a pointed front. The edges on each diagonal are also squeezed in, which helps with this.

Although the variants contain the same core characteristics, there isn’t just one style.

The material used to make fedoras is one of the most significant variations between the many styles and appearances.

The ‘traditional’ fedora is still made of felt, although straw or even leather are also fashionable alternatives.

The breadth of the brim of a fedora may also vary.

Since the early 19th century, this classic hat from Tyrol, Austria, has been a component of traditional Austrian attire. It is also known as the Bavarian hat as well as the traditional hunting hat. The brim width of the hats used to vary, with smaller brims in Northern Tyrol and larger brims in Southern Tyrol. 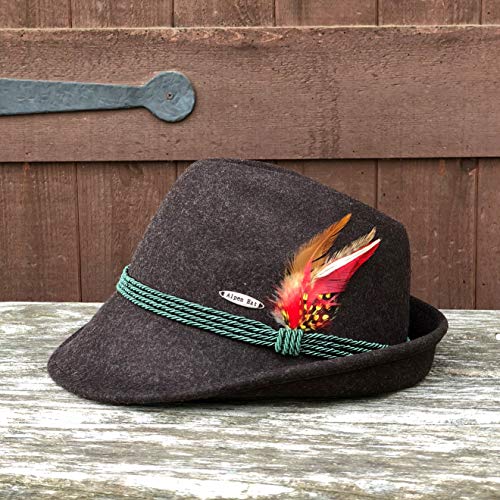 The hat evolved into a significant symbol of Tyrolean (Austrian) culture, and it was typically worn with a German hat pin during Oktoberfest festivities and other similar events. Traditional bands that donned the hats further cemented the relationship connecting Austrian folk music as well as the headgear.

A song about the hats was even created and played during Oktoberfest.

The Fedora is often regarded as the ultimate masculine hat. What would Indiana Jones be like if he didn’t have his famous hat?

Who can forget Bogart’s tearful departure in ‘Casablanca’? 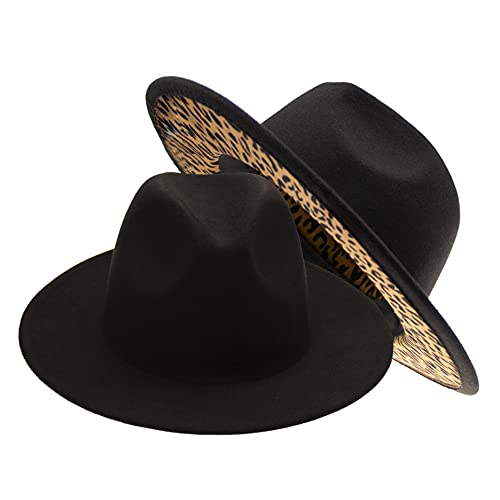 To dispel a common misconception, ladies were the first to wear the Fedora. It was named after a character in Victorien Sardou’s play, Princess Fedora Romanoff, who wore a hat that became known as the Fedora.

They first gained popularity as a fashionable ornament for ladies in 1883, but it wasn’t until the 1920s that they were connected with ordinary men’s apparel.

Designed to be worn, hats are available in a variety of styles. Hats were designed to be imitated. Hats have the potential to become works of art in and of themselves. In her creation of the classic hunting cap, Elsa Schiaparelli showed this.

In Schiaparelli’s design, the hat’s rakish tilt lends a playful look to an otherwise functional headgear. Although the hat was donned in the Tyrolean Alps, it was just for show.

Fedora hats, on the other hand, don’t need as much embellishment as they do attention to detail. The roguish air and aesthetic appeal are achieved by the use of colors, material, as well as the tilt of the brim.

Each hat’s thin brim is turned up at the rear; whereas Fedora’s turn up is relatively mild and only runs about a quarter of the way around the hat, the conventional hunting hat’s turn up is rather sharp and goes approximately three-quarters of the way all-around diameter of the hat.

Both hats have a front brim that is lowered. The Fedora is subtle and gradually bends across to the back, while the hunting hat is more prominent and just covers the front quarter.

Both hats have an indented crown, but Fedora’s has a pinched front that creates a sharp ridge. Also indented is the top. The sides of the Bavarian hat are recessed, while the crown and front of the hat are comparatively rounded.

The same individual is responsible for the popularity of Fedoras and Tyrolean hats. Fedoras became fashionable when Prince Edward (as he was known at the time) started wearing them in 1924.

Later, during a trip to the Tyrol — and later as King Edward VIII — he started to wear caps in the region’s style, which acquired popularity.

However, the Tyrolean hat was never nearly as popular as the Fedora as a headgear.